What's on your mind?

Hi! I am Lego 2021 and I contribute on the French Witch wiki and I am the only active user. So I need help. Can you help me? https://witch.fandom.com/fr/wiki/Wiki_Witch

Why isn't there a WITCH live action series, like the Winx series that just aired this year on Netflix!? I need this in my life... WITCH was such a big part of my childhood and I really think this could be a great idea.

In my opinion WITCH deal with many important "coming of age"-problems that could be further explored in a modern series production, not just love interests, but issues about friendship, parents and familly, expectations from society, a struggle for independence and so on. Not to forget all the beautiful drawings, the amazing magic and the meaningful and heartful messages at the end of every edition about yeah, life in itself.

Anyone with opinions about this?

Will Vandom: She definitely has a hard time trusting others, so, not a Hufflepuff. While she is ambitious, she often keeps to herself, and Slytherins tend to value fraternity/sorority, so, not a Slytherin. She often refuses to listen to wise council, so, Ravenclaw's out. That leaves Gryffindor. Which fits her very well. She has a fiery personality, and she stands in front as a leader, meaning she would fit very well in Gryffindor.

Irma Lair: She is very spunky, cheerful, optomistic, and cheerful person, which, would make you think she's a Gryffindor. However, she has one thing going against it, she is often very selfish, and uses her powers for her own gain. Gryffindors only use their skills to help others, not for their own gain. She's way too uninteligent to be a Ravenclaw, and her selfishness doesn't suit her very well in Hufflepuff. The thing is, she's very resourseful, cunning, and, she's always wanted to be in charge, and form her own teams. Putting her firmly in Slytherin.

Taranee Cook: Do I need to explain? She is very whitty, inteligent, and wise. Yes, she has some Slytherin qualities, such as determination and ambition, but, her wisdom shines more, putting her in Ravenclaw.

Cornelia Hale: Her personality differs depending on the medium, making it difficult for her to sort. But, let's try anyway. In the comics, she takes on a more motherly role, but, does have that playful side of her shining through at times. In the TV Series, it's the other way around. But, what is common between the two mediums, is that they both show her to be very materialistic, have a determination to improve, and sometimes even break the rules. She also has shown the desire to be part of teams. So, that puts her firmly in Slytherin.

Hay Lin: She was probobly the hardest to sort. She has both Hufflepuff and Ravenclaw traits. She has the selflessness and hardworking nature of a Hufflepuff, but, also the creativity and whit of a Ravenclaw. One could make the argument for both houses. But, I will say, painting, working at a restaurant, and even writing, takes a lot of hardwork. And she has shown her selfless side of her personality more often than not, so, I would say that she belongs in Hufflepuff.

Orube: She is the only guardian to never once appear in the TV Series, her arc was going to be adapted, but Disney just didn't give a damn about the series, so, they pulled the plug on it. So, is she selfless, trusting, and determined enough to be a Hufflepuff? No. She acts cranky to those she doesn't trust. Is she wise enough to be a Ravenclaw? Not really. Is she cunning enough to be a Slytherin? Not really. She has ambition, but necessary for power. That leaves Gryffindor, and while she isn't brave, one could argue that, similar to Peter Pettigrew (Wormtail), she values bravery more than anything, which is why she would choose Gryffindor above all else.

Hi everyone! I'm rewatching W.I.T.C.H. and I'm feeling so happy and nostalgic.

I found this petition and wanted to share it because W.I.T.C.H. is apart of me... I love it, and I know you guys do too!!

It will most likely not happen... But it's worth a shot!! Who's in?

Hey W.I.TC.H wiki my name is BlackbeltGeh But I want to be called Halo. I just started Vol.1 so pls don’t spoil! Hope we can get along

My name is @Marinette-Dupain-Cheng-559 but you can call me Miss Mari for short.

If Witch gets a reboot as a Disney+ original should it be a animated reboot with the characters getting new designs similar to their comic designs or a live action series to compete with Netflix’s Fate: Winx Saga series?

Its madoka magica but- uhhh, weirder?

I am Italian and unfortunately the files I am looking for from WITCH cannot be found here. So I was hoping to read them in English. Anyone know in which books they printed WITCH WORLD? I attach the photos of the Italian magazine 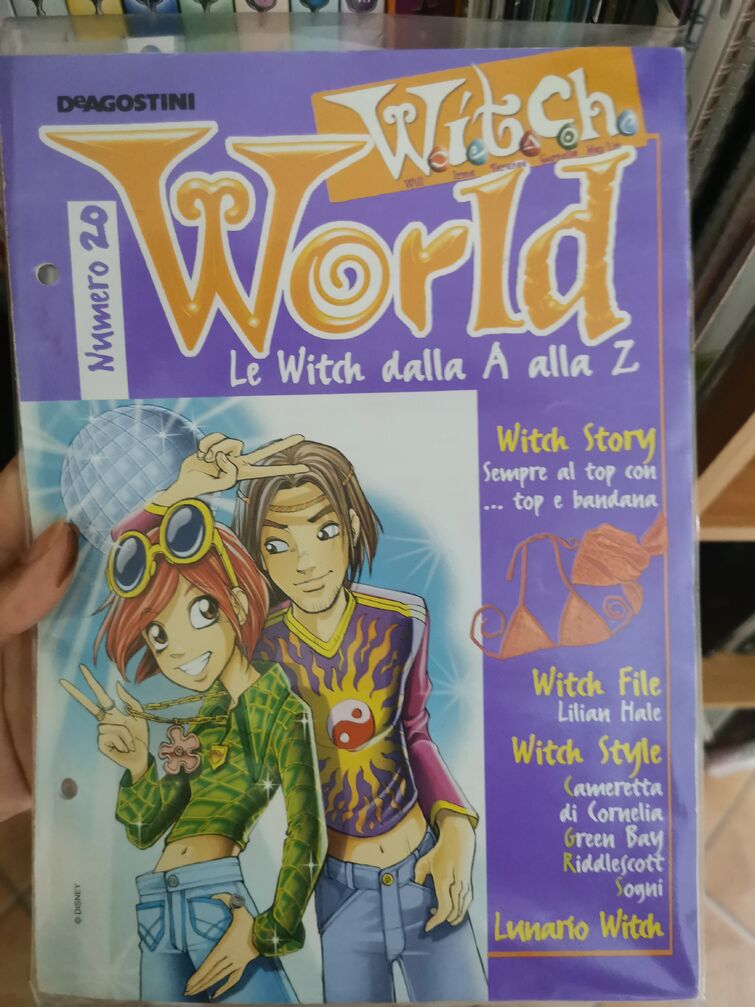 Im a boy and i even love dis show

Short while ago, I was putting my theories on Hearts and their Keeper. This section will be focusing on Meridian.

Big shout out to the author of W.I.T.C.H fancomic, 'Sovereign' for providing useful information in the comic ver.! Read more about Meridian here.

And that concludes it.

Please add your thoughts/opinions/theories. Hopefully fanfiction writers inspired by these points of mine and help with their stories.

Let me know if you want more on other topics, though I am unsure about the rest since I grew up with the animated version than the other counterpart.

During this trying times, shall we occupy our mind from the nasty things happening to a healthy debate of our favourite fandom? Sometime ago, I was posting a Phobos fanart in DeviantArt and my mind was delving into this fandom's lore. Unfortunately, no one grace me with their opinion so I figure I try it here.

The theories are based on both comic and animated versions because plot holes. Shame really. The writer(s) in both versions wasted the opportunity to explore deeply about W.I.T.C.H universe.

Firstly, let's talk about Heart. We all know what this is. Based of the animated version, every world has a Heart. Without it, the world will slowly dying. Basically it function almost similar to a heart (or a soul, I guess) of a living thing.

*I use the term 'Keeper' for the holder of a Heart since it's fitting.*

Here are the theories:

And that concludes it.

Please add your thoughts/opinions/theories. Sorry about the last one, that theory has my mind in whirlwind. Hopefully fanfiction writers inspired by these points of mine and help with their stories.

Let me know if you want more on other topics.

Does anyone know if witch has any future more comics or tv or anything at all ? in my opinion its one of the best comics out there and very underrated it will be a shame to be left out and forgotten