Anna Lair is Irma's stepmother in the comics and her biological mother in the animated series She is married to Tom Lair and makes several appearances throughout the series.

She looks a lot like Irma, only taller and with longer hair. Her personality is similar to Irma's too, but she is a little more mature. Anna is a little oblivious to Chris's bad behavior, and seems to protect him from his sister. Irma has hinted that she gets embarrassed by Anna in Season 1 episodes: "Happy Birthday Will" and "Parents' Night". She likes to party, although in a "lame" way. Anna is proud of her husband being a police officer. She likes to go to the beach as shown in "I is for Illusion" and "J is for Jewel". She was attacked by Shagon in "M is for Mercy". Her final appearance is in "W is for Witch".

Anna and her family 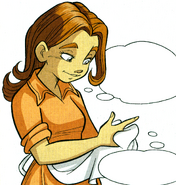 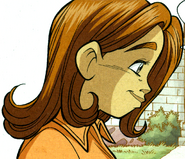 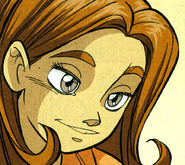 Add a photo to this gallery

Add a photo to this gallery
[Expand]

Retrieved from "https://witch.fandom.com/wiki/Anna_Lair?oldid=32153"
Community content is available under CC-BY-SA unless otherwise noted.