For the international versions of W.I.T.C.H., the opening sequence showcased the girls and their powers in a "story version" with unique footage from the opening for each season and used the song W.I.T.C.H. Theme Song. The season 1 version of the opening can be seen here. 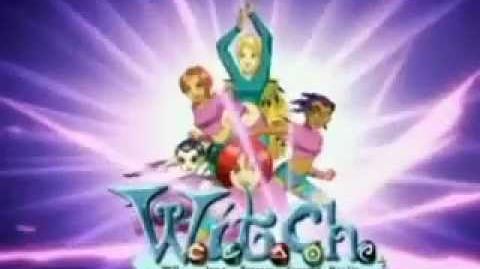 For the first 13 episodes, the demo version of the song was used until episode 14, which introduced a new version of the theme song that would be used for all future episodes.

The season begins with Will, Irma, Taranee, Cornelia and Hay Lin forming a friendship and obtaining their elemental powers thanks to Yan Lin, Hay Lin's grandmother. They then worked together to master their powers and fought the forces of Meridian along the way. Halfway through the season, Lord Cedric revealed to Elyon that she is the princess of Meridian and she rebelled against the girls due to the fact that she would have rather heard this from Cornelia than from someone she barely knew. In Meridian, Prince Phobos used his glamoring power to make Meridian to seem like a paradise than a world engulfed in darkness. In the end, the girls regained Elyon's trust and defeated Prince Phobos to save Meridian from being enveloped in complete darkness.